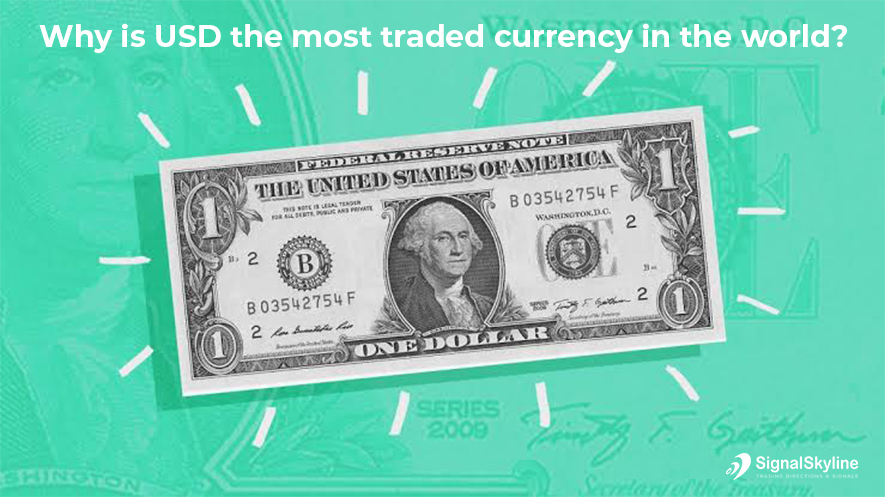 USD forms 87% of all the trades carried out in the forex market.

It is also the most used reserve currency. Why?

Before getting into the why, let’s quickly take a look at the position the US Dollar occupies in the world.

USD’s unique position in the world

Remember that when we talk about foreign exchange we are not just addressing what the day trader does on the daily. There are a lot of players in the forex market; governments, central banks and commercial organizations being among them.

So, when import/export happens it is through the forex market. Central banks participate in the market to balance and stabilize their currency and control inflation. Forex, therefore, is much bigger than the stock or any other market.

Coming back to the topic of the importance of the USD, there is also a phenomenon called dollarization. This is when a country uses the US Dollar as their official currency despite having a native currency. 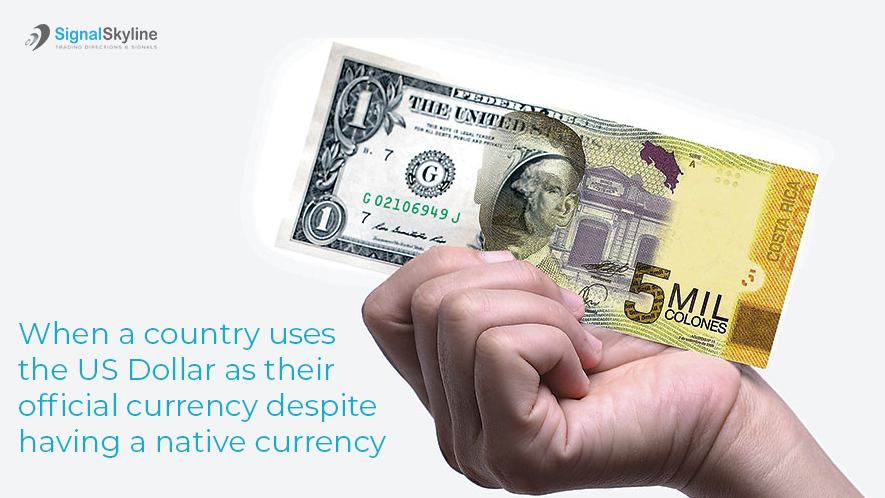 Also, most commodities are traded only with the dollar. The three main commodities that are exchanged in the forex market are gold, silver, and crude oil (WTI). All three of these are exchanged only for the USD. Their values are also linked to the value of USD, mostly it’s inversely proportional, but in some cases they will move in the same direction as the dollar.

China is the second biggest economy in the world and very quickly moving towards the first. So, it really says something about how much faith is placed in the USD globally.

If we go to the beginning of it all, it was the 1944 Bretton Woods Agreement.

This agreement is what caused the gold standard to be replaced by the dollar, changing the global monetary system. It was basically a conference that took place in 1944 in Bretton Woods in New Hampshire, USA. It was attended by the Allies in World War II.

When we say the gold standard was replaced by the dollar, this is what it means:

The gold standard meant that each country was supposed to convert all its paper money into a certain amount of gold. This helps in maintaining a standard to calculate a country’s wealth and state of economy.

So from gold, countries moved to converting all their money to dollars- the US dollar was now the standard. All the world’s wealth was to be stored and measured in the form of USD.

This was a major shift in the world of economics.

In the Bretton Woods agreement, the Allies agreed to regulate their exchange rates to make sure they remain fixed against the USD.

This prevented trade wars. So the members of this conference could not make any changes to the state of their currency to encourage trade.

Why did other countries agree to this?

Gold prices were hiking after the world flocked to trade their currencies for gold after the Great Depression of 1929. Economies used to follow the gold standard up to this time, but the prices were increasing and then interest on gold was also going up making it an increasingly challenging monetary system.

USD’s replacement of gold came as a relief to smaller economies at such a time and so they took the deal. Also, this agreement did allow countries to take required measures if the situation was particularly tough on their currency.

Where we stand now

The Bretton Woods Agreement is not still intact. Its fall came when President Nixon in 1971, following a tough period of inflation and recession in the USA, detached the value of USD from gold. It didn’t get there right away though. There was build up to it in which Nixon deflated the value of USD against gold, but that resulted in people converting the devalued USD to gold.

In 2016 China’s renminbi (or Yuan) became the second global reserve currency. This followed from the inflation in USD in 2009, which had China worried about its USD reserves and so together with Russia it declared the need for a second global currency, and quickly took on that position itself.

So as it is, no one can say what the future holds, but all the signs are directing towards Yuan occupying a similar or the same position as USD in the forex market as China continues to take major steps towards improving its economy.

The Fear of Missing Out (FOMO) is a huge proble...

We live in a world where distractions are every...
Three Easy Steps To Start With Us