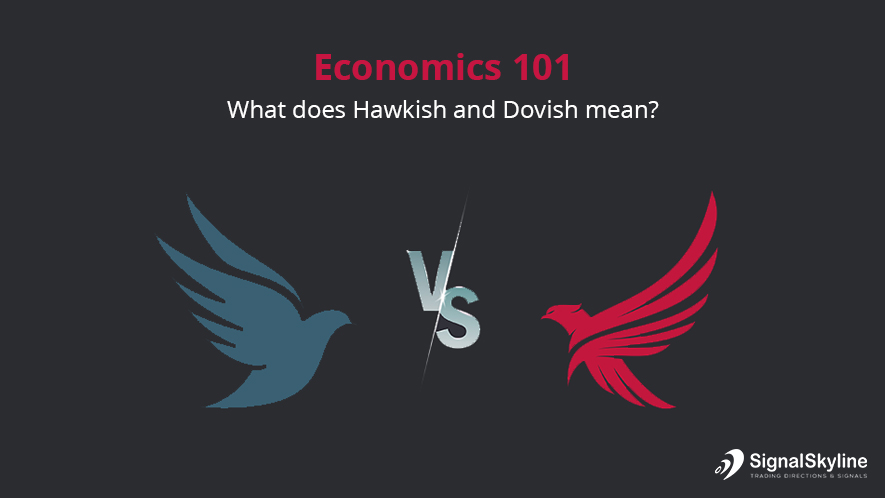 The way economies function, and the impact inflation or economic growth has on the value of a currency are all key concepts if you are looking to trade currency as a long term career.

In the spirit of learning and understanding the bigger picture we bring to you this piece on economic management as carried out by central banks.

The terms hawkish and dovish come up often in news analysis and in this blog we will be discussing what they mean individually and what is the impact of a hawkish stance on the currency of a country and what is that of dovish. 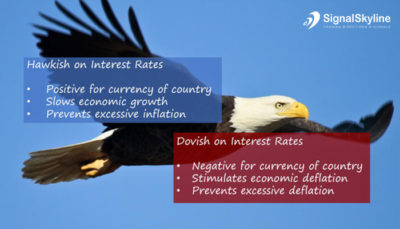 Hawkish, derived from the bird, refers to economic policies of a Central Bank that impede economic growth. These policies usually revolve around enforcing higher interest rates. 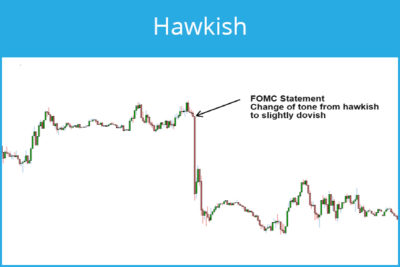 When a country is growing economically its currency tends to undergo inflation. Commodities become a little more expensive and wages are increased. This causes the everyday living expense to also increase.

As a result the value of the country’s currency diminishes. You can look at it this way that if 10 units of a currency were enough to get 1 KG of sugar from your average grocery store, after inflation that same amount of sugar might cost you 10.5 units of currency or so.

The purpose behind Hawkish policies

Hawkish policies are put in place to control inflation. However, inflation and economic growth are directly linked and are inversely proportional. So, impeding inflation also means impeding improvement of your country’s economy.

By enforcing higher taxes, a Central Bank can cause a break in investment and borrowing thus controlling its currency’s value and country’s economy.

Growth that is too fast is not sustainable. Hawkish policies are, therefore, measures a government or Central Bank takes to balance it out.

If this sentiment of the bank becomes clear it willmean that the value of that currency is set to rise. When enough traders know it and believe it, they will start buying that currency and the bullish market will most likely end up driving the value up.

Dovish, also derived from the name of the bird that is a symbol of peace and freedom, are economic policies of a Central Bank meant to stimulate a country’s economic growth. These policies revolve around encouraging investment and business expansion by lowering interest rates. 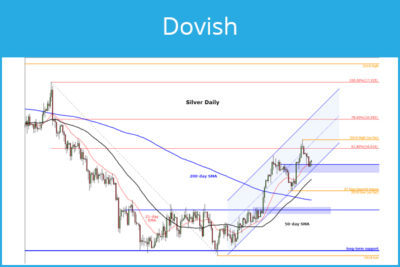 When a country’s economic growth is stunted, it will lead to currency deflation. It means that new money isn’t coming into circulation and this model is not sustainable. The value of the currency might be going up, but internally it doesn’t bode well for business and economic growth.

The purpose behind Dovish policies

To balance this out, Central Banks will usually offer a lot more freedom to business owners and investors by lowering interest. This means that businesses can now borrow money from banks and expand.

Similarly, due to low interest and taxes it becomes easier to buy a house or other assets. This brings more money into the system and boosts economic growth.

Implementation of dovish policies means that the currency value in the forex market is set to go down. However, it is important to remember that the lowered interest rate will only cause any significant change to the currency value if the interest on other currencies that it’s competing with is comparable.

If even after dovish measures have been taken the interest rate on currency A is still higher than that on currency B or C, then the currency A’s value will most likely go through a miniscule change only.

Economies are always in a flux and so either one of these policies will be implemented based on the conditions. They are meant to maintain balance and that is a never ending cycle so these types of policies will probably be forever relevant.