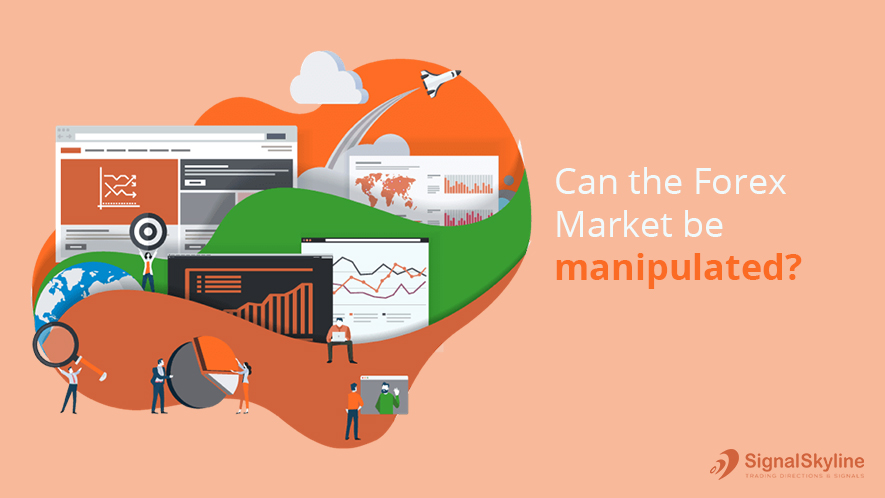 Can a retail trader do it? No.

Manipulation is when the value of a currency is temporarily lowered or improved.

Retail traders, however, cannot do this. There are a few reasons for that.

Reasons why the forex market cannot be manipulated

One of the main aspects of the forex market, and one that is widely discussed when people sing the market’s praises is that it is an OTC market. 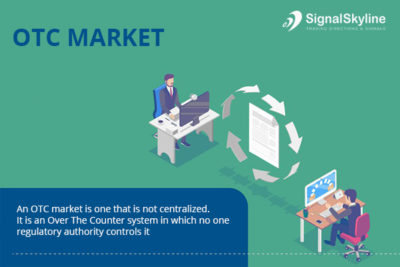 An OTC market is one that is not centralized. It is an Over The Counter (hence the name OTC) system in which no one regulatory authority controls it.

What does this mean?

It means that there isn’t one agenda or one motive that is being pushed. There isn’t one market maker. The moves of all the participants of the forex market together decide the direction the market will take. This is why market sentiment is so important in forex trading and analysis.

When we say that the daily volume traded in forex is $5.3 trillion, it implies that the market is incredibly liquid. 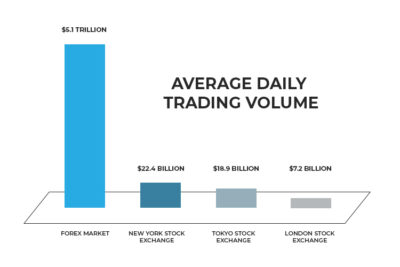 While high liquidity is directly a marker of stability, it is not the best when it comes to manipulation. If billions of dollars are circulating in the market, a standard lot makes absolutely no difference in the standing of the currency.

Imagine a kitten trying to fight off an elephant. That’s what that fight would be like. This great virtue of the currency market renders it untouchable by the average retail trader.

With this background in mind, common sense says that it is not possible for one trader or even a group of traders to manipulate it.

Before we get any further, let’s go over what we mean by manipulation of the market:

There are only two main moves in trading; buying and selling. This then means that there are two main agendas driving the market at any given time.

Bulls (those who have bought or want to buy) want prices to go up. This is so they can then sell at a higher rate and make profit.

On the other hand, bears (those who have sold or want to sell) want prices to go down. This is so they can buy the currency back at a lower rate and make profit.

In the tug of war between bulls and bears if bulls are winning, price of a pair will be seen going up. This is because if enough bulls buy, the demand will surpass supply. When this happens, the value of that currency or commodity rises. So by buying, bulls drive the price up. They have thus manipulated the market. 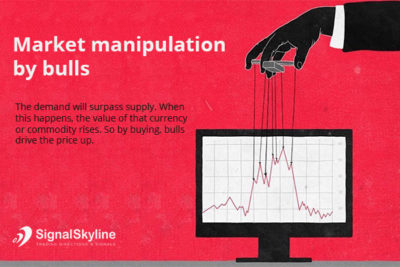 If the bears are winning, the exchange rate for the pair will be seen coming down. This is because if enough bears sell, the supply will surpass demand. When this happens, the value of that currency or commodity falls or depreciates. So by selling, bears pull the price down. If they are able to achieve this successfully it may be said that the market is being manipulated by the bears. 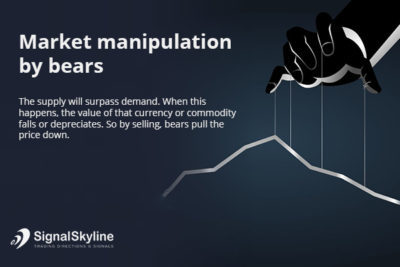 The above descriptions are fine examples of the notion ‘team work makes the dream work’.

Or, if you don’t have the world on your side you alone can take on the market much like George Soros did when he broke the bank of England. If you want to read more about that you can do so here.

At any given time, there are so many factors at play in forex and so many participants involved that it is not possible for any one party to be able to control or even predict the next direction the market will take.

This is the reason why we also say that the market cannot be rigged because there isn’t one group who is in charge or who gets to decide alone what happens.

It is this uncertainty that simultaneously makes forex an incredible opportunity and a great risk.

While all traders are pretty much on the same p...
Three Easy Steps To Start With Us