If you’ve been watching the news lately you will definitely have heard of cryptocurrency. In fact if you’ve been using MetaTrader 5 you will have noticed that you can trade Ethereum and Bitcoin too now.

It goes without saying that cryptocurrency is establishing itself as an unquestionable financial asset. Coinbase’s main rival in the market Kraken is even considering going public because of the high influx of traders and crypto investors flocking to it in 2021.

And then there are those who think the crypto bubble is due to burst soon because it cannot go climbing as it has been recently.

While it is not possible to say exactly what might happen in the future, we can take a look at the most recent developments in cryptocurrencies and map out the general trend in the market. 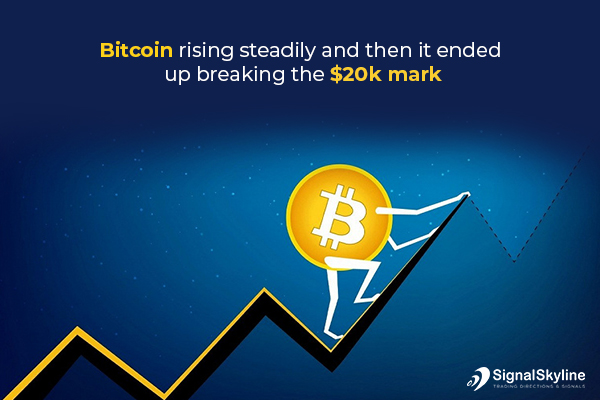 So this is the first time that it has crossed above $20,000 and going into 2021, it has been going strong. A major reason for this is believed to be that major investors around the world have started talking about it and investing in it.

Bitcoin emerges as an inflation hedge

In an interview with CNBC, Gemini’s Tyler Winklevoss (of Facebook fame) pointed out how big investors are using Bitcoin as inflation hedge. 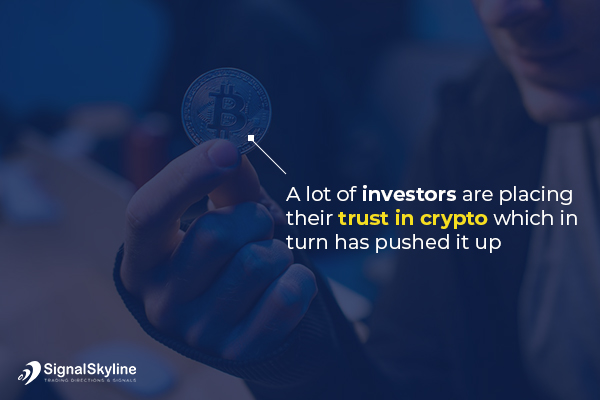 As global economy grapples with a pandemic, the decentralized cryptocurrency is surfacing as a safe haven. This is why a lot of investors are placing their trust in crypto which in turn has pushed it up.

In addition to announcing Tesla’s investment in Bitcoin, Elon Musk also said that Tesla will be accepting Bitcoin as payment later this year. Read the thread below: 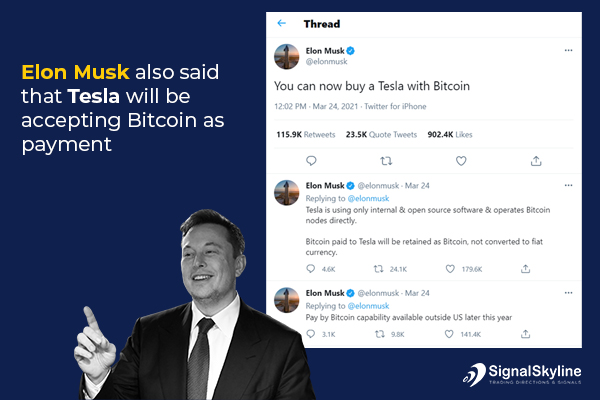 While NFTs were around before too, they are becoming a lot more popular in 2021. If you don’t know what they are, here is a brief description:

NFT is a Non-Fungible Token with the same blockchain technology that is behind cryptocurrency. The blockchain serves as a digital ledger as well as a certification of uniqueness of a digital asset.

NFTs come in different forms. It could be a piece of digital art, music, video, or any kind of digital file. One of the most common types of NFTs is art, called cryptoart.

In 2021, a lot of mainstream artists ventured into the realm of NFTs and so we saw a much larger influx of collectors joining those spaces. This growing trend is being led by collectors. It is a new way of owning pieces of art and is in line with the traditional art exhibition and collection system except here the art is digital.

So how serious are people about cryptoart?

Yes, you read it right. Mike Winkelmann, known as Beeple in the digital art world, sold a piece at Christie’s for $69.3 million. 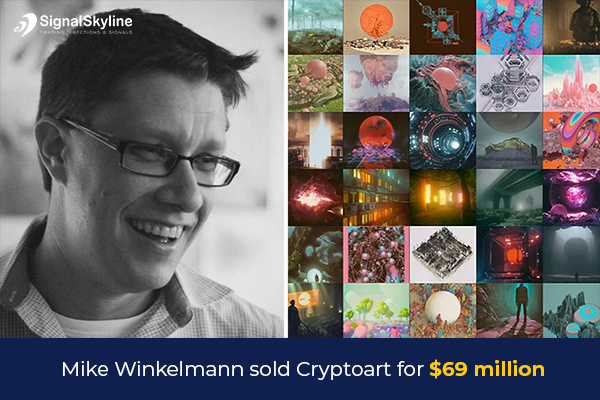 In other words, he made history and kicked off something big. Some still think that in the immediate future of NFTs is uncertain, however, in the long run NFTs will most likely be a big part of the crypto world.

It can be concluded that crypto is undergoing a period of evolution and progression. The next two or three years will be pivotal in deciding where it goes from here.

Cryptocurrency trading is bound to become more popular and mainstream by the end of this year and in the years to come. Brokers and trading platforms have already started offering them pairs of USD against Bitcoin and Ethereum and more are expected to follow. Similarly, you will very likely see trade signals and other tools such as trade indexes emerging for crypto-assets too.

It is no secret that the pandemic hit global ec...

It is no secret that the pandemic hit global ec...
Three Easy Steps To Start With Us