Impact of COVID-19 on Global Economy Posted on August 7, 2021 by Sophia Mason

It is no secret that the pandemic hit global economy pretty badly. The purpose behind this blog is to consolidate data regarding economic trends and events during the pandemic in one place so that it may serve as a useful resource for anyone looking to study or analyze this tumultuous economic period for the world. Let’s get right into it.

A major determinant of the strength of any economy is its business sector, which during the pandemic was seriously affected.

The vicious cycle of an economic slump is such that businesses suffer due to a lack of spending. When business isn’t going well companies can’t afford to pay all their employees and so are forced to carry out lay-offs or furlough their work force. This leads to higher unemployment rates which in turn lower the spending power of the public further.

A study reports that small businesses that have more than $10,000 in expenses, only had cash for two weeks on hand.

The result of all this was a large number of companies declaring bankruptcy. Euler Hermes projected that by the end of 2021, globally we will be seeing insolvencies being reported in the double digits. This, however, still has to be seen because as the graph below shows, the stock market is beginning to recover with the announcement and distribution of vaccines.

While businesses at large, especially small businesses, struggled with sales and a healthy flow of cash, shopping trends also went through a change with an increase in online shopping. This was an inevitable outcome of a viral outbreak and the already fast growing ecommerce industry was prepared for it.

The following two graphs show two trends: increase in online shopping but reduced overall spending power. These graphs are a part of a study published by United Nations Conference on Trade and Development (UNCTAD) on 8th Oct, 2020. 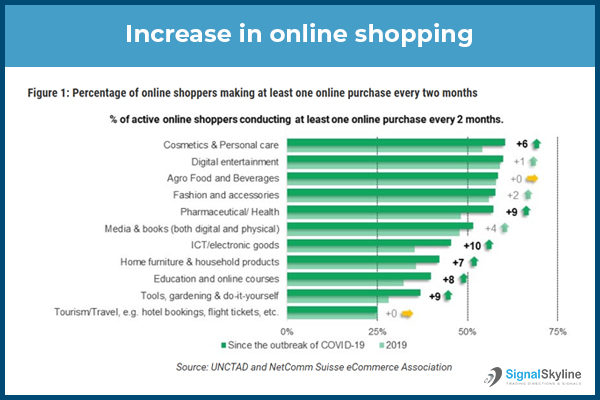 Relief efforts around the world

Governments around the world have been trying to combat the adverse economic effects through different policies and relief efforts. Some of them are listed below.

Being called American Rescue Plan, it is bigger than a lot of country’s annual output. This was signed by Joe Biden in March, 2021. Previously, Donald Trump had authorized $2.5 trillion in aid in 2020 and then Congress passed another bill for $200 billion. United States, therefore, has been in the lead in carrying out relief efforts.

These relief efforts include vaccine rollouts as well as offering direct support through stimulus checks worth $1,400 for individual tax payers and $2,800 for married couples that file taxes together (jointly) and $5,600 in relief to taxpaying married couples with two children.

United Kingdom has provided £48.5 billion in funding to the NHS (National Health Service), £29 billion for small businesses and £8 billion for the support of vulnerable people.

Relief efforts vary among countries due to the difference in the economy size and unfortunately already struggling economies have suffered the most. A complete record of the economic impact on different countries and their subsequent relief efforts can be found on IMF’s website here.

Effects of COVID-19 on Investment and Trading

One of the biggest event in the realm of investment and trading which was a product of the conditions created by the pandemic was the GameStop debacle.

With unprecedented market conditions and big companies (for example JCPenney) declaring bankruptcy while others such as GameStop that had been marked by investors as good shorting opportunities rising through the ranks, it is safe to say that 2020-21 have caused investors to rethink their strategies. 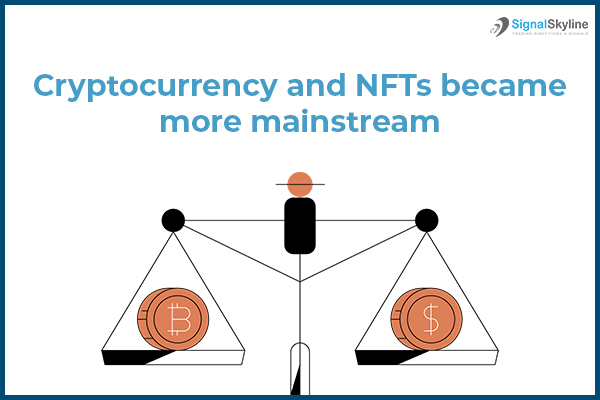 In the first quarter of 2020, Forex market volume topped $6 trillion which hadn’t happened since 2018 with Forex signals and other services gaining popularity. Brokers such as eToro reported 200% increase in trading volume.

With worldwide distribution of vaccines having started and governments actively introducing policies and taking measures to provide relief to economy, things are looking up. However, it is hard to say just how long it will take for the global economy to recover and what that new normal would look like. 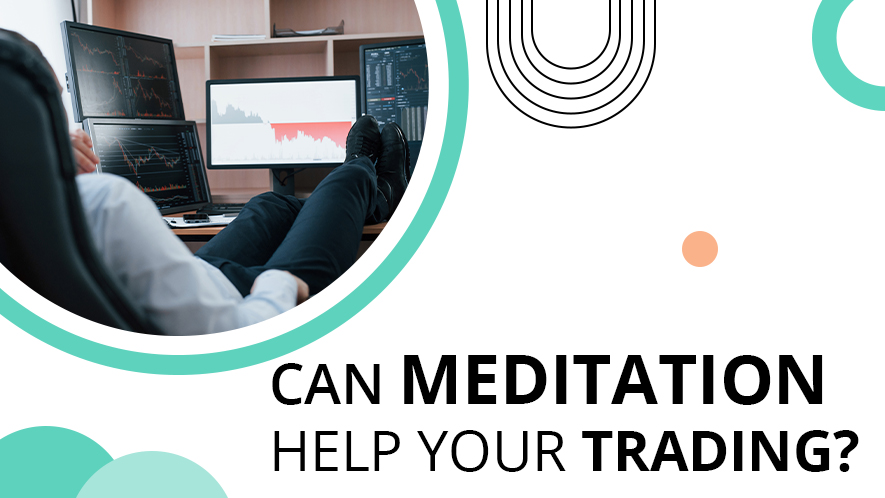 Have A Break, Trading Motivation

If you’ve been on the internet for some time yo...

Have A Break, Stock News

By now you must have heard about how some trade...
Three Easy Steps To Start With Us