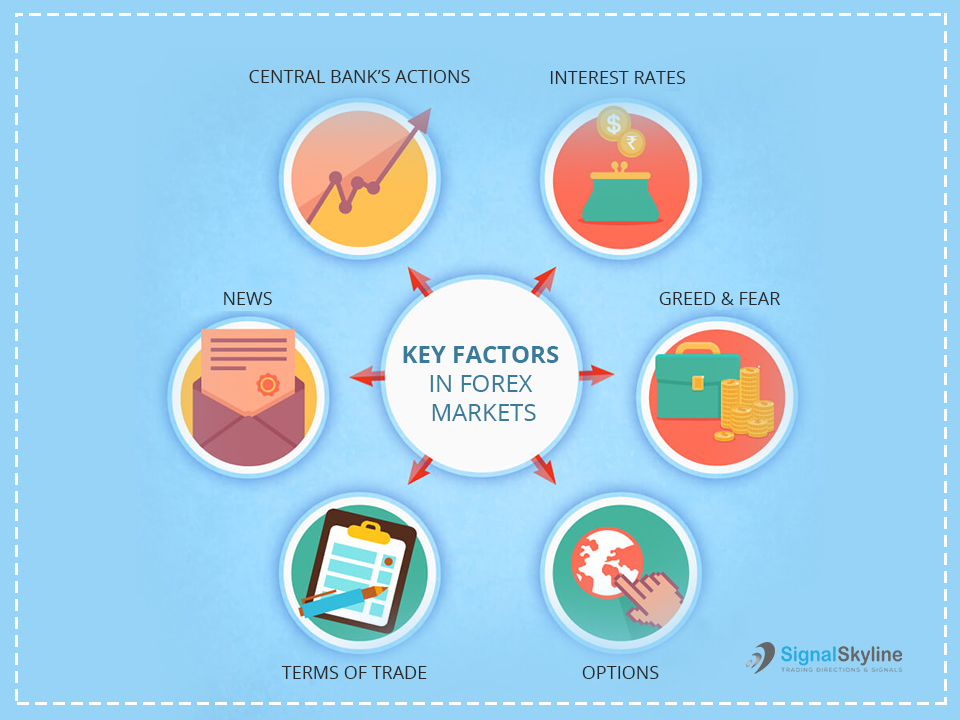 Things becomes all the more complicated when a forex trader enters the scene. In case the trader anticipated hike in interest rate then he will start buying the currency well in advance and vice versa in case of cutting of interest rate.

Situation can turn into a fiasco if bank’s decision goes against trader’s anticipation as many traders will have to exit from their positions and bear heavy losses. So the central banks try to be as communicative as possible about their policies.

It is another criterion on which price of the currency depends. When currency of a particular country appreciates wildly, then central banks need to step in and take decisions in order to prevent its currency from over valuing and harming the economy in major way.

At such time central banks flood the market with currencies kept as reserve with them. High availability of currency for the people not only devalues the money but also devalues the currency.

Though such intervention of central bank is usually unannounced and surprise for the traders but it usually happens when the banks are constantly saying that their money is overvalued. Taking advantage of such situation and gauging the right time is a real challenge for the forex trader. 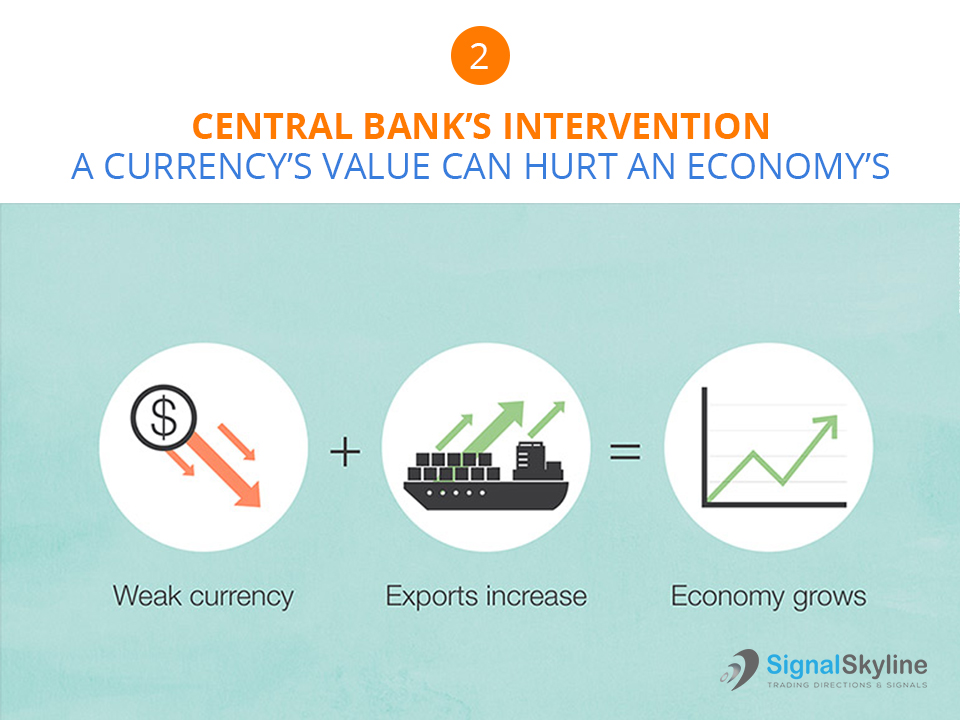 Double No Touch (DNT) options are the specific type of option that interests FX traders the most. These types of options are usually placed on round numbers in popular currency pairs like the EUR/USD or USD/JPY and are often targeted by extremely liquid investors. If a currency pair moves quite a bit and it nears these psychological points of interest, sometimes it surges beyond that level and then retreats away from it just as quickly. Other times, the market gets close but never quite gets there before backing away from that level. 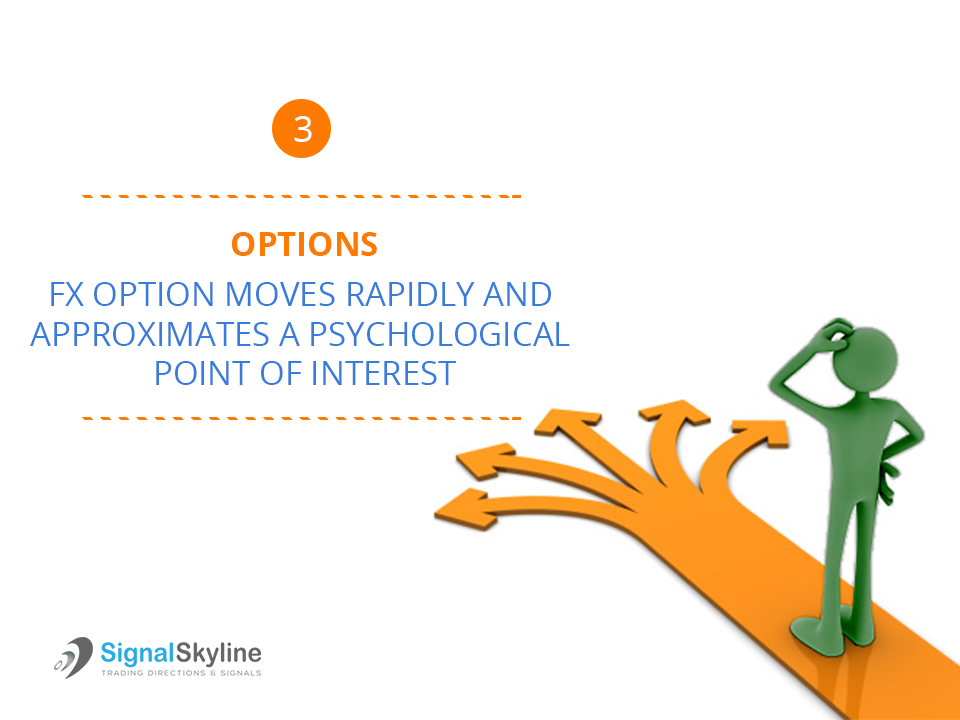 Fear and greed have direct and interconnected effects on the market. Though it is difficult to point out that effect until it has acted out but gauging it in the present when they are actually acting is a challenge for the trader.

On one hand greed has capacity to convert a rising market into blind buying spree and on the other hand fear can lead a falling market into aall time panic zone or great depression.

It is evident that in 1920s, every trader in Wall Street did nothing but buying. They thought prices of the equity will be ever rising, no matter what. Unfortunately black Tuesday hit and greed of the traders got converted into fear taking them into deep pit of depression.

On the other hand crisis in Greece and other parts of Eurozone around 2010, made fear predominant emotion of the market and all the traders was doing was selling Euro. Though greed kicked in soon and buying spree got took currency to a level which proved to be detrimental to employment and inflation. It could only be controlled when European central banks used various market mechanics to devalue the currency. 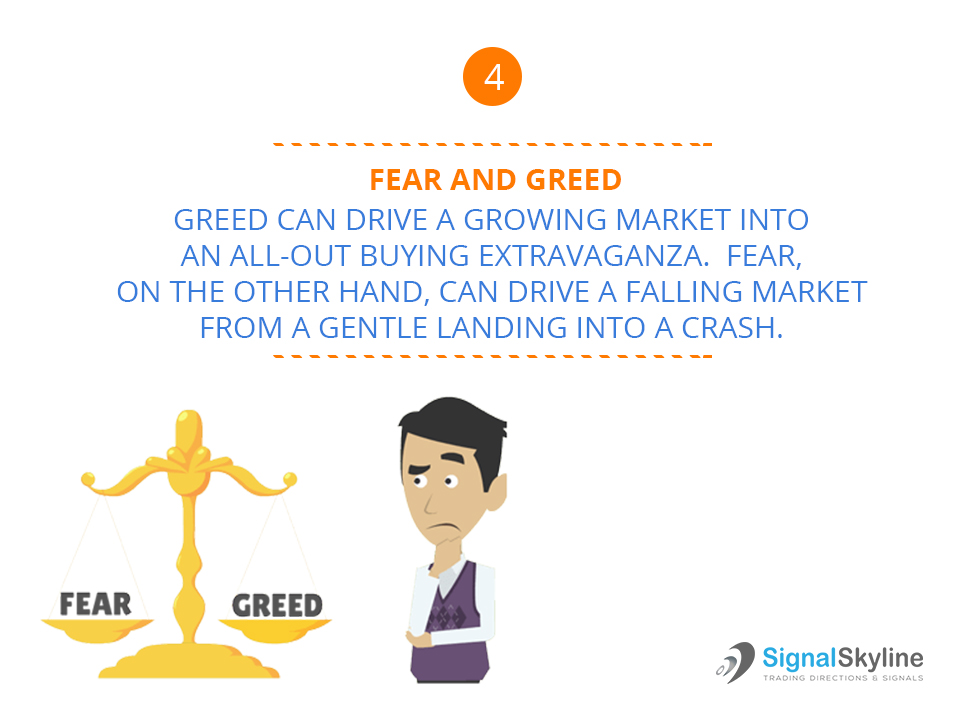 Both planned and unplanned news has potential to move the market in either direction. You can be prepared for planned news and place your trades accordingly but unplanned events usually come as a surprise and all you can do is manage your risk effectively and minimize the negative impact of the news.

It is important to note that not all the news are market movers and it depends on the wisdom, knowledge and experience of the trader to decide which news has the potential to move the market and which does not have it.